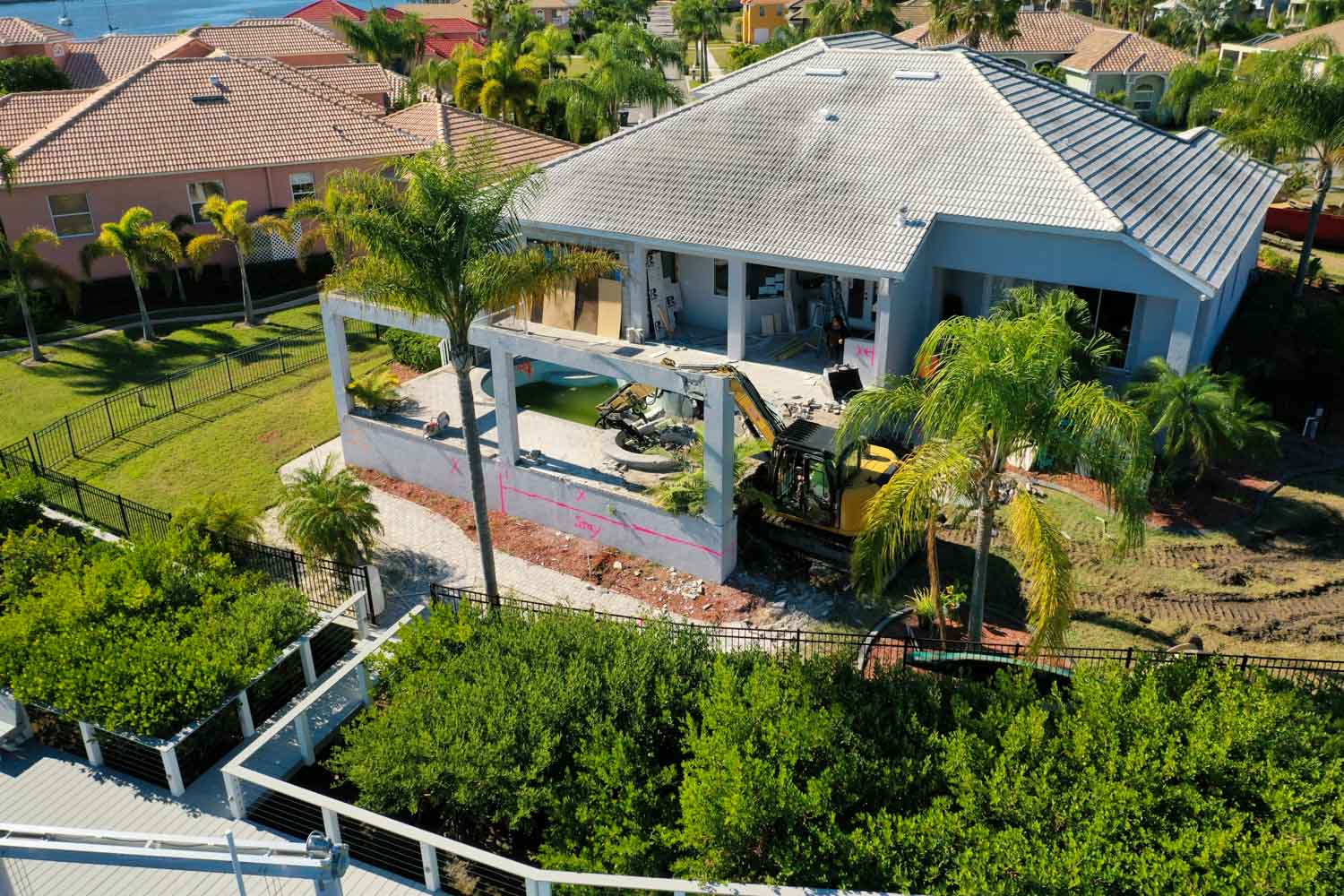 Pool Removal… And Then an Upgrade

Pool removal (also called pool demolition) is usually a service we are called to perform when someone is sick and tired of the hassles of owning a pool. Most of the time they just want their yard back, or they just bought the house and want to make a change. But this week, we demolished a pool… so that the owner could put in a pool. Check it out.

There is nothing wrong with this pool. I mean, sure, it’s full of green swampy water, but that’s just because they knew it was being demolished. The pumps were already disconnected when we arrived, and what remained in the bottom of the pool was mostly rainwater. But the kidney-shaped pool and accompanying hot tub were in fine condition. The pavers of the patio deck were straight and clean, the tiling on the pool sidewalls was pristine. But there was room to improve. And so, we were hired to help escort the old pool off the premises and allow a new and improved pool to flourish.

Because this was not a pure “smash everything” job, we had to be a little more careful than usual. The new pool would be built on the shell of the old, so we had to be precise in what we took and what we left behind.

The day started with the removal of the decorative palm trees which shielded one of the walls we needed to access. With those removed, the crew leader came in with one of the big concrete saws and deftly separated the “keep” section from the “smash”. He also used the saw to score and section the large concrete cross-beams that bordered the deck. This made it easier for the excavator operator to pull them all down without causing a full domino effect.

The Meat of the Pool Demolition

With the wall neatly sectioned, and the high beams safely pulled away, the business of actually demolishing the pool could begin. Because this pool was raised well above the ground, instead of sunken in to it, the process was a little different. Sections of the structure couldn’t just be pushed into the hole – they had to be scooped up and loaded out, one portion at a time. And because we were meant to leave most of the sidewalls intact, this scooping and loading required some forethought and planning. But our professional operator handled it well, and the pool stood very little chance at all.

If you or someone you love is in dire need of a pool removal, please do not hesitate to ask for AAA by name. We will send a professional estimator to you, so that we can be sure to give you a fair and honest price the very first time. 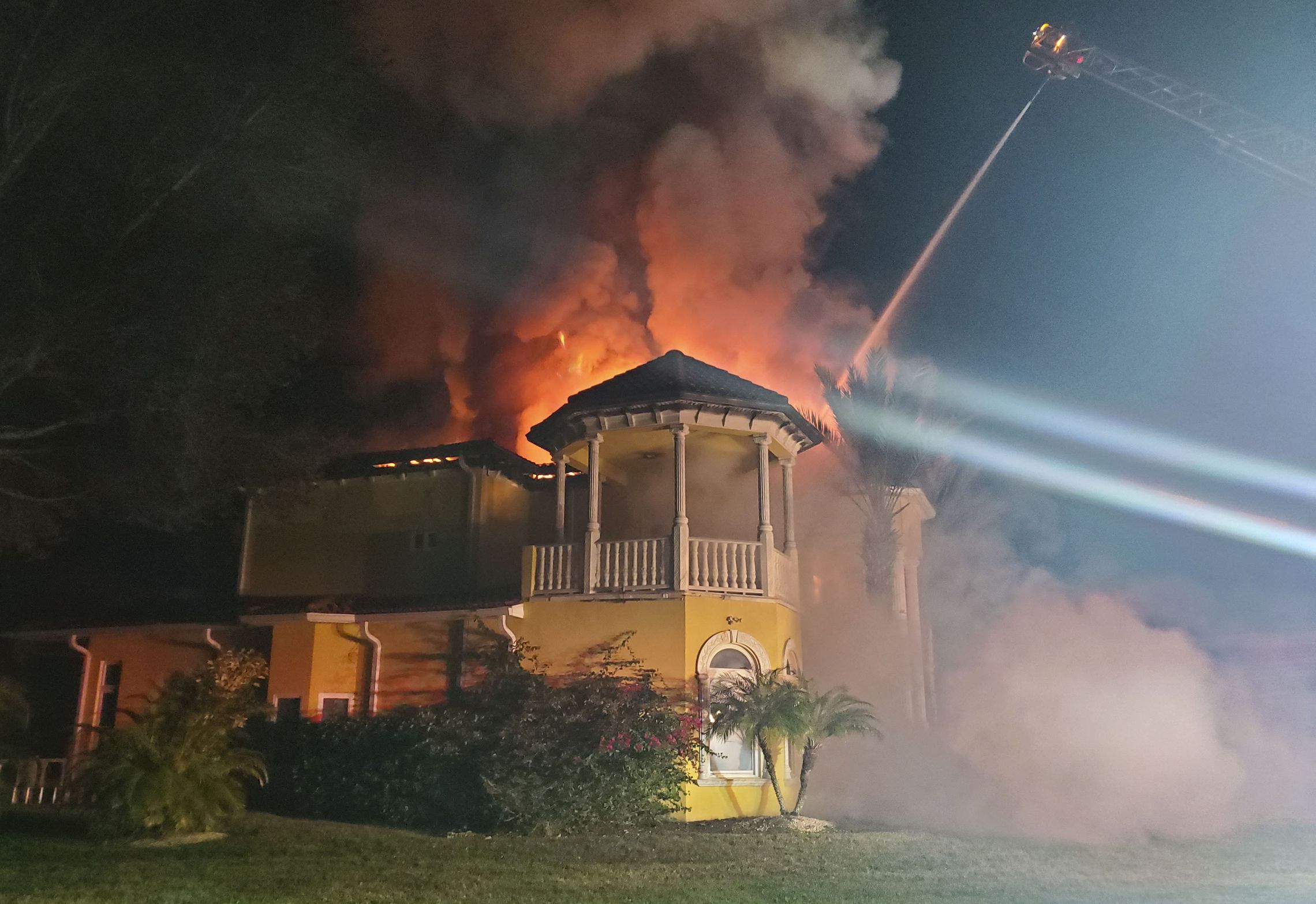 Closure: The Case For Demolition After A House Fire 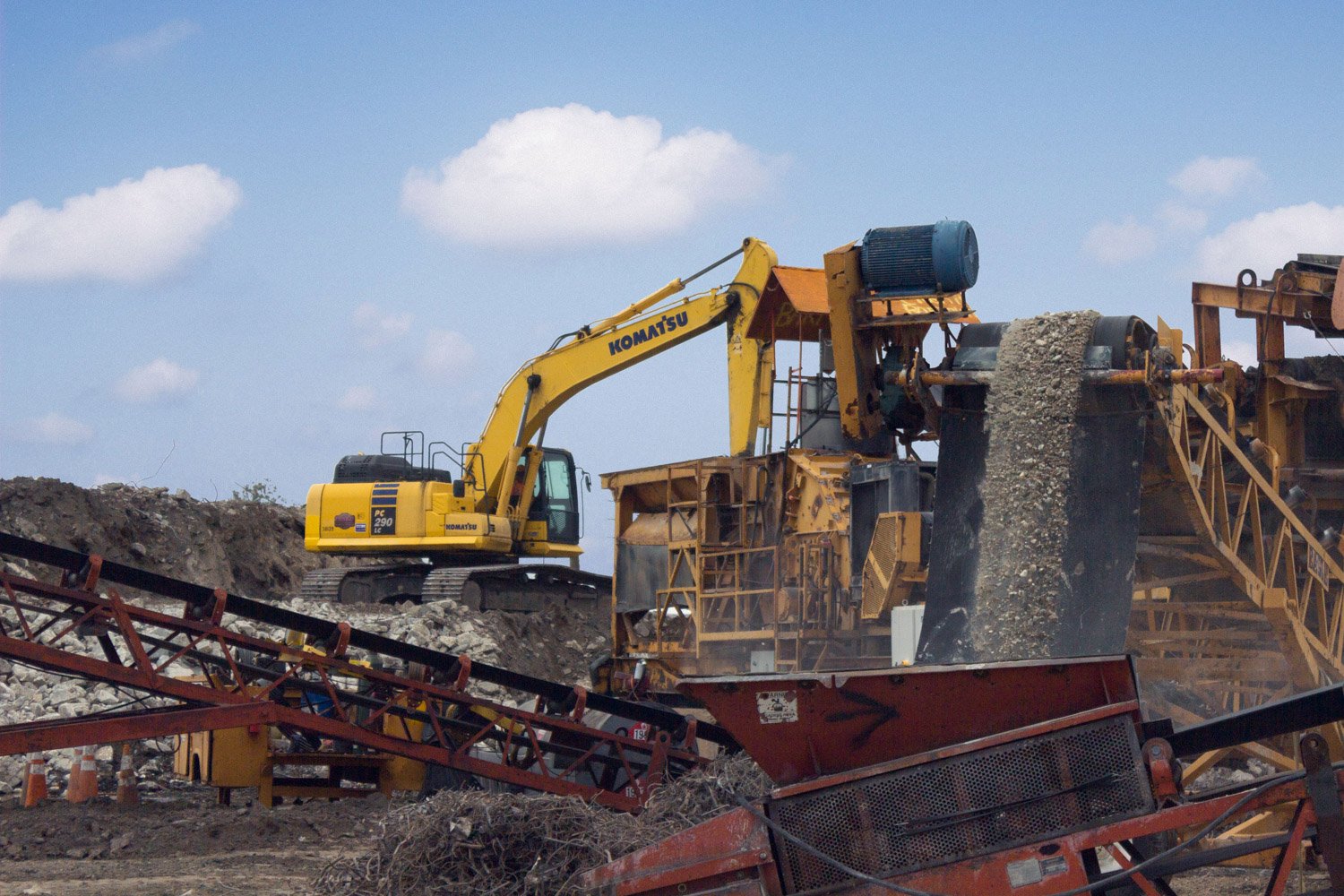 Yes, We Crush Our Own Concrete. And Yours, Too 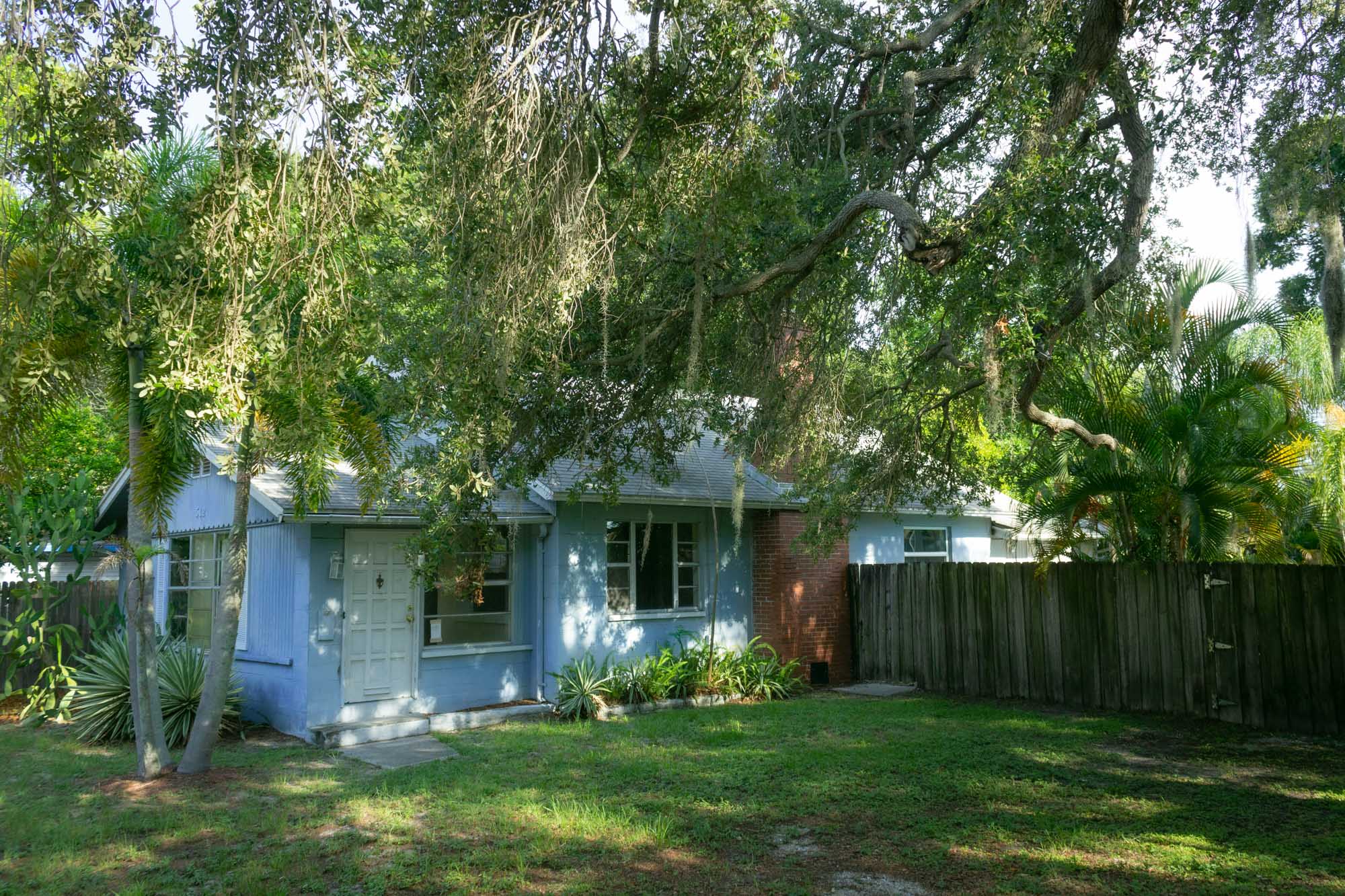 The Coziest House In Dunedin, Demolished